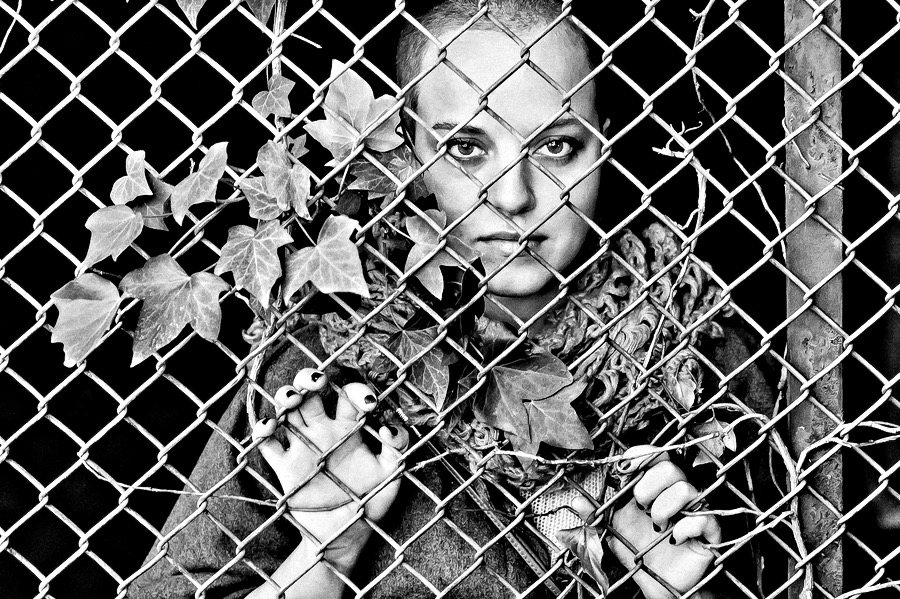 Under the title “Sprachbilder / Bildsprachen: Berlin City Views. Text meets Photography”, the opening of a photo-art exhibition will take place on Tuesday, 14 July 2015 at 8:00 pm at the Petruskirche in Berlin-Lichterfelde. Here, the Berlin action artist, illustrator and poetry mediator Petrus Akkordeon will interpret a selection of social documentary black and white photographs textually in poetic form. The photographs are by Hilli & Peter Zenker from Berlin and Thomas Klingberg from Gelsenkirchen and show contemporary scenes from everyday life in Berlin. At the opening, Petrus Akkordeon will read his poems, with the corresponding photographs projected on a large screen. Throughout the exhibition period until 8 September 2015, high-quality prints and the poems will then be on display as a pair of works in the form of a hanging. Admission is free on all opening days.

“The idea for this project came from Petrus Accordion, who commented on a photograph of mine on one of the social media platforms with the words ‘photo book with poems?'” says Thomas Klingberg. That same evening, the concept was in place. And the cast. Because Hilli & Peter Zenker, who already exhibited together with Klingberg in Gelsenkirchen in 2014, immediately accepted the invitation to join in. “We enjoy working together photographically because we have quite similar views regarding ethics, content and visual language in the field of social documentation,” says Peter Zenker.

Accordion and Klingberg have also already worked together artistically. As part of the Berlin Poetry Spring 2011, Klingberg accompanied the action artist in a photo-documentary way during one of his art actions in public space. The following year, Akkordeon illustrated two poems written by Klingberg for an art project in Berlin’s Wedding district.

A special focus of Petrus Akkordeon’s artistic work is the direct communication of poetry. Thus, not only texts in the form of books have emerged from his pen. For example, the Berlin artist read his works aloud in telephone booths that could be called up, stuck little signs with mini poems on the side of the road between cobblestones or dropped little letters with his poems and thoughts somewhere in the middle of Berlin.

The three photographers agree: “We are very much looking forward to working with Petrus Akkordeon and are happy to support him with our medium of photography in his project of conveying poetry,” says Hilli Zenker.

The venue is the neo-Gothic Petrus Church in Berlin Lichterfelde, which was completed at the end of the 19th century. Cultural events of various genres take place here regularly, such as readings, jazz & blues concerts, exhibitions or handicrafts. But even apart from art & culture, a visit to the architectural monument Petruskirche is very worthwhile.

“Lichterfelde. Black and white photographs depicting scenes, moments and encounters in Berlin. Accompanied by lyrical texts as interpretations of the images. “Sprachbilder / Bildsprachen: Berlin city views” is the title of the exhibition, which can be seen in the Petrus Church on Oberhofer Platz. ”