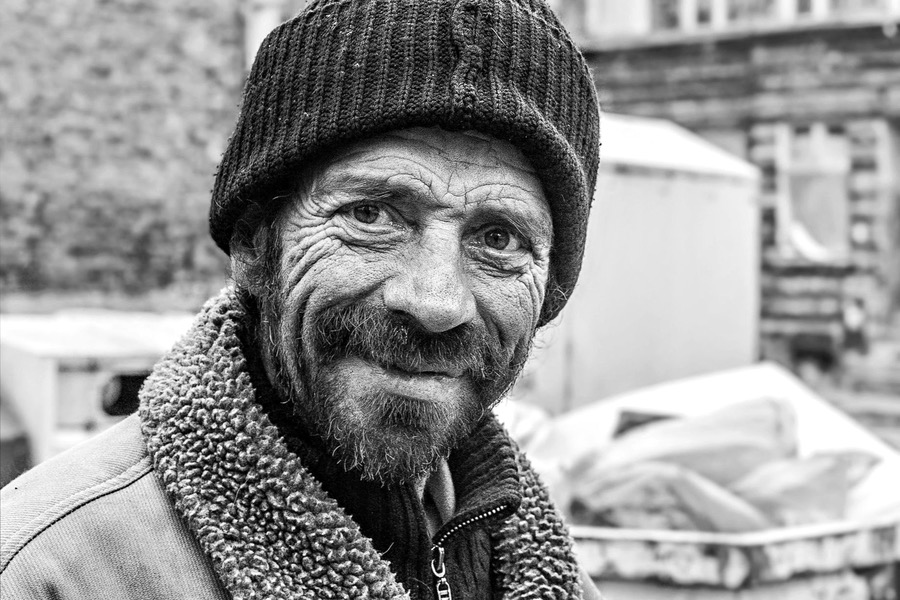 The book is filled with fourteen quotations, aphorisms and verses, some thoughtful and some ironic, by people and personalities whose biographies have come into close contact with the city of Gdansk.
60 Black and White Photographs.

Klingberg’s photo book does not claim to be a travel or tourist guide. Nor is there anything to be learned about the city of Gdansk itself. There are no notes, captions or references to the exact location where the photographs were taken. At first, the photographs appear to the viewer more as a fleeting encounter with the places of action, but without appearing superficial. The monochrome photographs contain a visible depth. Klingberg also conveys, thanks to a consistent visual language as well as partly very graceful image compositions, that his works are not merely snapshots, but rather a partly critical, partly humorous and often thoughtful examination of his own photographic perspective as well as his environment. And that is precisely what makes this photo book so interesting, because it shows a very idiosyncratic portrait of the city of Gdansk, the “Pearl of the East”.

→ buy from your local bookseller on site.